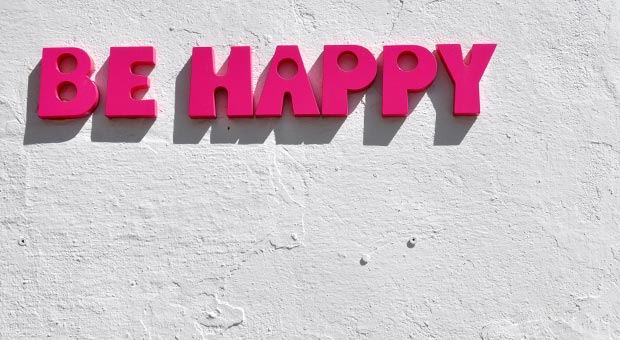 How Having A Positive Attitude Can Help You

Research at Yale shows you will live longer and you’ll certainly be more fun to be around. The market for anti-ageing products and treatments in the USA is worth an estimated 57 billion dollars. Having a positive attitude may be just as effective and it’s free!

How you deal with things in life can be as much about your perception as the actual event itself. Your mind-set affects the way you perceive the world and how you react can have a profound effect on the outcome. Unfortunately, about 40% of folk suffer from depression following retirement, something that could be avoided.
Optimism is an essential ingredient in the recipe for putting old on hold. It is said that optimists are people who sit on top of the clouds that others labour underneath. It’s  a good analogy, but we are talking about a particular type of optimism here. It’s not the Pollyanna, rose-tinted spectacles, kind, but a realistic optimism. What underpins optimists’ positive take on life is the belief that they will handle its slings and arrows and win through.

There are some very compelling reasons to be optimistic.

If you find yourself feeling a bit down getting out and getting some exercise is a good way to raise endorphin levels. Being with other people is a good antidote too. If you dread facing the day on an on-going basis and feel that everything is pointless, it’s time to go and see your GP. Therapies like counselling or Cognitive Behaviour Therapy (CBT) also help.

Heard of Gelotology? This sticky sounding name applies to the study of something that does you an immense amount of good: reducing stress, boosting the immune system by increasing substances like Gamma interferon and T cells, triggering endorphins (the feel-good chemicals) and also stimulating your limbic system making you happier. This sounds just the kind of thing that could make drug companies and doctors a fortune. But the best thing of all is that it’s fun and it’s free. What is it? Laughter and you need to enjoy it as often as you can.

‘Science has found that genuine changes in happiness only come about when three things come together: lots of positive emotions and laughter, being fully engaged in our lives and finding a sense of meaning that is broader than our day to day lives.
Survey after survey has shown that once a basic level of wealth has been achieved, extra money makes very little difference to people’s sense of well-being. What does make you happier is getting involved in something that is meaningful for you.’

A word about Mindfulness: it is simple, free, anyone can do it and it does you good by countering stress or depression and helping you to live with purpose. Consider that  we only have one life which is the present. If you spend time fretting about what went wrong yesterday or worrying about what is going to happen tomorrow, then you aren’t living fully. Mindfulness means being attentive to your awareness of what is happening now and accepting it in a non-judgmental way. It is about thinking about your thoughts and tuning in to your inner dialogue, practised like meditation it is also very beneficial.

Tuning in to your internal dialogue – the things you are telling yourself – and doing a reality check on what you are saying (is this really true? is this the only way of looking at things? what about the more positive side of the picture?) is a helpful way to challenge negative thoughts.

This excerpt was taken from Rewire Don’t Retire, sponsored by Irish Life and Active Retirement Ireland. You can download the full guide HERE.

Have Your Reviewed Your Retirement Plan?
View all Articles